August 2022
The Great Reorientation of Work, Life, and Meaning

July 2022
How Taking a Chance at 28 Got Me a Decade-Long Teaching Gig at Harvard With My Hero
Can Medium Recapture the Value It Created in the Marketplace? 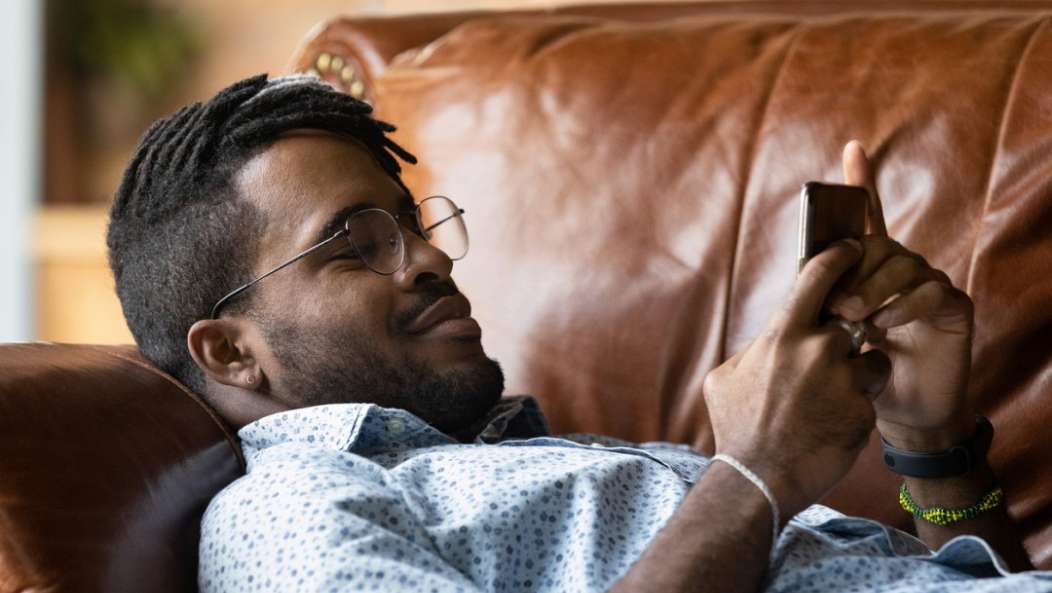 Published in The Attention Architect, a newsletter on LinkedIn, July 15, 20 22

IT ALL COMES DOWN TO WHICH VOICES THEY LISTEN TO...

Despite my desire to talk turkey as a kid, the only conversations that ever happened at my house over Thanksgiving dinner revolved around ink, photography, color registration, paper prices, and subscription numbers. That’s because my father, grandfather, grandmother, aunts, uncles, and cousins were all in the newspaper business, and not only did we have ink in our blood, but it was forever dripping from our tongues.

By the age of seven, the expectation was that I’d read the newspaper every day, which I enthusiastically did, front to back, including a browse through the classified ads. And then we’d talk about it.

In the 1970s, there were two newspapers to read in our town, one in the early morning (the Post) and another in the late afternoon (the Times). This rhythm was about as fast as the news cycle got back then, but I couldn’t wait to catch up on the news. Oddly enough, reading about all the strange, twisted, and troubling events of the world calmed me down. And when all the news left to tell went online, I reluctantly went with it because I could now read a dozen different newspapers, multiple magazines, and countless blogs with an iPhone or iPad.

The ritual and routine of reading something every day has been with me all my life, but around 2018, I found that reading the “professional” news and media outlets was no longer satisfying, calming, or fulfilling. It was too perfect, packaged, and skewed one way or the other. I could see the angle and agenda coming a mile away, but I was frustrated by this inability to quench my thirst for something interesting to read.

Like an addict looking for a fix, I would scour google news in the wee hours of the morning.

I would creep down the dark alleys of internet blogs late at night and hang out on street corners of websites, looking for something to calm my restless nerves and satiate my craving for newsworthy articles. But I’d lost my taste for most of the popular publications and wondered if my reading days were finally over.

By chance, I stumbled onto a few Medium articles without knowing what Medium was, how it worked, or the awareness that it was written primarily by average (but passionate) writers, not necessarily professional journalists. It took me a bit to catch on to how this new site worked, but I found Medium articles much more refreshing, engaging, and rewarding because they came from the front lines of culture and the front yards of people in Nebraska, Cairo, and Auckland. While not as polished or perfect as writers in the NY Times, Washington Post or The Atlantic, there was an authenticity to the articles that seemed fresh, alive, and filled with personal passion, as if they were putting themselves out there. Their unpredictable words gave me access to what was happening in the world, in the culture, and in the trenches of everyday life — not from a professional news outlet perspective, but from actual eyewitnesses — which is what I so desperately after.

I became a huge fan of Medium, eventually ditching most of my traditional publications and subscriptions and reading up to three hours a day on Medium. I found myself telling my friends, coworkers, and hardcore newspaper family about it, and like me, they got deep into Medium as well.

I even summoned the courage to start writing on Medium, which felt like trying to learn Cali-Style Salsa dancing when you’ve got no natural rhythm for it. But thanks to Medium’s accessible format, I got out on that writing dance floor and enjoyed a few small and embarrassing Magic Mike moments. Be it not for Medium, I’d still be sitting at the table with all the other terrified thinkers air-tapping my fingers and studying the dance floor but never finding the courage to stand up and write. I have Medium to thank for that.

Like meeting a new best friend, Medium and I hung out every day, night, and moment I had some free time. We were inseparable. I felt blessed to have found a home on Medium to rest my eyes, open my mind, and dip my pen into words. I felt we were going someplace big, but our famous relationship eventually fizzled out.

Somehow, the site devolved into one big infomercial with writers hawking whatever subscription service/email list they had about making money through writing. As a lifelong creative, I understood the need to get paid for hard work, but it seemed out of place as the featured product on the site. It begged the question if the site was for reading articles or a dedicated site for writers to learn how to write.

My friends, family, and I came for the articles, not the “how to write” lessons.

Outside of the constant sales pitches, the most difficult words to swallow were the constant bitching and gripping about how writers were not getting paid, making the money they used to make, and the endless conspiracy theories of why their numbers were down.

The genius of Medium that Ev Williams created was that it was a new form of reading interesting articles from talented writers. That innovative value broke through the market, captured eyeballs and hours of daily reader attention, and threatened to disrupt the ivory tower of institutional writing powerhouses.

However, there was not nearly as much novel market value in reading articles about the issues writers had with management or why they deserved a raise or should make more money than they do. These back-of-the-house discussions should’ve happened privately with writers and management, not aired out on the reader. I couldn’t imagine if you were reading a newspaper or magazine and the author started gripping about their pay in the middle of the pages, but that’s what reading Medium became: Get rich writing or get mad why you’re not rich writing.

So without it being conscious, formal, or deliberate, my desire to spend time with my old reading buddy, Medium, became less and less frequent until, much to my shock, I stopped hanging out with the site almost entirely. I’m lucky now if I open the site up once a month.

SO WHERE DOES MEDIUM GO FROM HERE?

I’ve spent the last 30 years working in the branding, design, and strategy industry, and I can say from experience that coming up with a winning idea that cuts through the noise of the crowd and stands out as unique and distinctive in the marketplace is one of the most challenging hat tricks an entity can ever achieve. But Medium garnered that position relatively quickly and became a significant concern for the reading industry.

However, sustaining and maintaining that brand buzz, aura and appeal can get a lot more challenging as organizations grow, expand and “professionalize.” Some garage brands like Apple maintained their cultural street cred and leadership position with users by growing smartly and carefully — although they had their near-death moments too — but others like Whole Foods couldn’t seem to hold onto the cause, movement, and market they created and pioneered, so they sold out and went mainstream.

I wonder about that for Medium.

Can they hold onto the genius they created and movement they birthed? Or will just became another media outlet?

Few innovations I’ve seen in the last decade have been as profound and visionary as Medium. The initial founders, Ev Williams and others, deserve immense credit for creating something the market had never seen before but desperately wanted and needed. But my assumption, right or wrong, was that Medium was about readers first, writers second. But when that equation got upside down, Medium became a union hall for writers while the readers waited outside in the parking lot. And the value proposition inevitably failed when the writers (producers) had more influence than the readers (consumers).The question on many minds now is, can a beleaguered brand like Medium get its mojo back?

Harley Davidson reclaimed its meaning and glory after nearly going under with the rest of all the other rust-belt-era motorcycle brands. But they had to get their audience — from outlaw bikers to weekend warriors — figured out and under control. What I mean by this is that there is a spectrum of voices the leaders of an enterprise can listen to:

In the middle are the brand experts who know, love, support, and want the brand to thrive. You should listen to those voices.

On the right are potentially interested non-customers who don’t know your brand yet but have a high likelihood of becoming members, supporters, and advocates for the brand if they could get over the first 10% hurdle, get a taste of it, and not get turned off in the process. You should also listen to this audience, but don’t go changin’ the color of your hair just to please them.

And on the far left are the fanatics who claim they love the brand but secretly harbor angst against it and everyone else. They don’t want it to grow and constantly throw rocks at it. They’re never satisfied, blame their problems on you, and are usually the loudest voices in the room that scare off others from becoming members. Having a few of these voices adds perspective — like having a Ralph Nader or Bernie Sanders on the panel — but democracies don’t work in business, and you’ll never make it if you let them take over the platform and set the agenda. Apple, Harley, and Whole Foods dealt with these vocal critics. There needs to be a balance between these three audiences as they inform each other like a river, but you can’t let the fanatics take over the brand.

In the process of trying to figure out who to listen to, I believe Medium lost sight of the essential value they created for the market — all the experimentations and placations, combined with the constant rock throwing, scared potential readers (not writers) off.

I hope Medium can turn its brand around because it opened up a world of possibilities for those who love reading and for those who love writing, but creating distinctive value for the customer — the public reader — needs to be the primary objective.

I have great faith in Tony Stubblebine and wish him great success revitalizing Medium’s value in the reading marketplace. Godspeed!

Like addicts looking for a fix, we scour the internet on our phones. But what keeps us going back to certain sites?

Photo by fizkes on iStockphoto.com