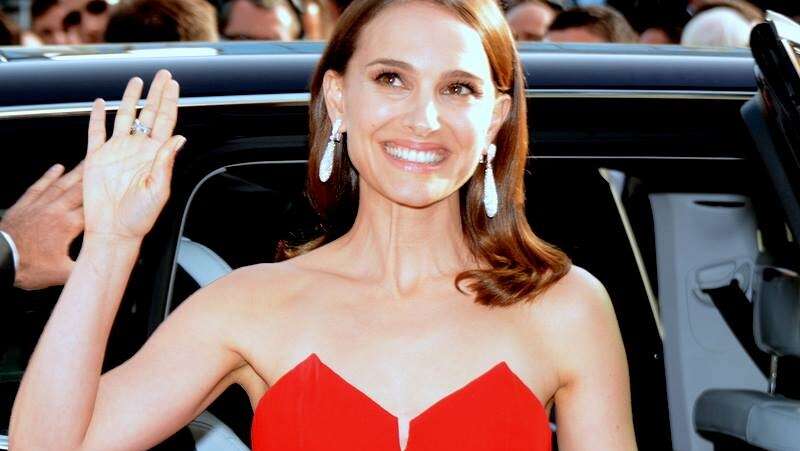 Published in The Attention Architect, a newsletter on LinkedIn, March 22, 20 22

I'd have a hard time getting anyone to feel sorry for famous movie stars. But show biz ain't what it used to be. Since the growth of Netflix and their primarily no-name actor approach, former blockbuster actors like Julia Roberts, Hugh Grant, and Denzel Washington are getting squeezed out and having a harder time finding the big paydays.

Many people today know more about TikTok stars than they do actors. Not only that, TikTok stars are gaining a much larger fan base, getting more sponsorship deals from brands, and making a lot more money. As a result, many actors have had to adapt to the times to stay top-of-mind and find creative ways to use their celebrity to get into other non-acting roles.

George Clooney got into tequila with Casamigos, which he sold to the beer and spirits giant Diego for a staggering $700 million in 2017. The Golden Globe-winning actor Kate Hudson has substantial ownership interests in Fabletics, King St. Vodka, and InBloom, a plant-based supplement company. Drew Drew Barrymore, Sofía Vergara, Kristen Bell, Jennifer Garner, Ryan Reynolds, George Lopez, and more also have their finger in entrepreneurial pursuits.

Over the weekend, I read a fascinating article entitled Natalie Portman wanted to shift football culture. So she founded Angel City FC. At first glance, the headline didn't make sense to me, but after reading the first paragraph, I couldn't help but remark to my wife about how interesting I thought the idea was.

"You're in the business of innovation and work with professional sports teams," my wife said smugly, sipping her coffee as she pried the article out of my hands. "Why didn't you think of that?"

"Because I didn't know Portman cared so much about soccer," I replied.

"She 's not really into soccer," my wife shot back. "But that's why it's such a brilliant idea."

"Well," she said, peeling her fingers back one at a time. "A Famous female actor + she's a founding member of Time's Up, which addresses the need from women to get equal pay in sports, acting, and business + the desire for sponsors to get behind this cause + the growth of soccer in America + Hollywood."

I had to admit, it was an impressive brand equation, particularly when you consider how expensive and challenging starting a professional sports expansion team is. Yet this new team has already earned $35m in sponsorship—a figure which dwarfs that of other NWSL teams—and they haven't even played their first game yet.

But Portman's interest isn't about profit as much as it is about calling attention to an issue she cares about deeply, which speaks to the authenticity of the idea.

WHERE DO GREAT IDEAS COME FROM?

Brilliant ideas seem to come out of left field, and when they're ingenious as Portman's is, they create a eureka moment for us.

Despite the common assumption, great ideas usually don't come out of strategic boardrooms as much as they reveal themselves in moments of personal frustration. These are the moments we find ourselves caring about an issue that we believe needs attention but that nobody seems to be noticing.

Such was the case with Tim Ferris's book, "The 4-Hour Workweek: Escape 9-5, Live Anywhere, and Join the New Rich.

When this manifesto came out in 2007, it went against the grain of the overworked, overhyped, and over-caffeinated 10x engineering culture that dominated the thinking in Silicon Valley. While everyone was busy killing themselves trying to become the next unicorn IPO, Ferris had had enough of that 24/7 destructive lifestyle and wanted to do something more meaningful with his life — so he dared to put his "cares" down into a book.

While many older generations laughed it off, some even calling it a fraud, the book hit right to the heart of what many millennials were feeling at the time but hadn't been able to articulate into words. Whether you agree with the book, The 4-Hour Workweek sparked a conversation and dialog still going strong today. You can see ample evidence of it in movements like The Great Resignation, which might explain why the book spent four years on The New York Times Best Seller List, was translated into 40 languages and sold well over 2 million copies.

In many ways, Ferris's book was a prophecy and warning shot for corporate America about management hierarchy, remote work, and the desire for some to live more of a balanced life.

Many of the best ideas—like "Portman + soccer" and "Ferris + lifestyle design" seem out of place at first because they go against the grain of society. But these provocative ideas grab our attention because they capture something in the zeitgeist of culture that is yearning to get out but needs a champion to carry them forward.

A similar stroke of brilliance hit Jessica Alba in the mid-2000s when she broke out into welts after using a mainstream laundry detergent to wash some baby shower gifts she received. After that incident, she worried about how she could use these household products on her own child's sensitive skin.

This issue of household chemicals was something Alba cared about deeply, but corporations dismissed it as a "non-issue." So she spent the next several years studying labels and discovering, often in shock, they had synthetic fragrances, petrochemicals, formaldehyde, and flame retardants, many of which are toxic. "How could anyone put this on their bodies, much less their babies?" she wondered.

Although she was an ordinarily reclusive and nonpolitical celebrity by nature, Alba cared so much about this topic that she got up the nerve to get in front of Congress and lobby them to update the 1976 Toxic Substances Control Act to make testing consumer products in the marketplace for chemical inputs more stringent. After this intense but moving experience in Washington, she teamed up with Brian Lee, who had former startup experience with LegalZoom and ShoeDazzle.com to start her own business called, brilliantly named, The Honest Company.

Businesses spend an incredible amount of time discussing and debating missions, values, and beliefs, which are fundamental issues for companies to consider. But unfortunately, these terms get so overused, watered down in bureaucratic committees, and positioned as self-congratulatory politically correct claims that they often lose their true meaning and purpose along the way.

During the brand discovery process of helping my clients uncover their genius, I avoid the distractive, numbing terms mission, values and beliefs, at least initially. Instead, I prefer to uncover what they, as people, not executives, care about personally, what they devote their personal lives and time toward achieving, and what they are picky about in their shopping, eating, working, and living situations.

If I dig deep enough, my team and I usually find a big idea buried underneath the rubble of business terms that these humans and their customers will care about more passionately. Finding this alignment between cares seems obvious, but far too many brands miss or ignore the connections every day.

For instance, major household brands — like Proctor and Gamble, Johnson & Johnson, and others — could have easily uncovered the market potential and opportunity Jessica Alba opened up with The Honest Company. But they were too busy promoting outdated products that consumers and marketers in the 1960s or even 1990s may have cared about, but not in 2012 when Alba launched The Honest Company.

Although these corporate giants had mountains of data, platoons of research experts, and a massive marketing war chest to pull from, they somehow missed the strategic alignment between what they cared about as people and what modern-day moms and dads cared about in the care and protection of their family's lives.

Who uncovered those cares and filled that void?

A formerly small, one-store brand called Lululemon, which today has revenues in the $4.4 billion (2020) range and is worth close to $40 billion (March 18, 2022). Lululemon now poses a serious threat, if not a thorn in the side of Nike, all because they missed what consumers care about in their closets and athletic wardrobe style and fit.

Will Nike survive this? Of course, they will. But they should've done a much better job at keeping up with the cares of women and less preoccupation and catering towards male superstars in more aggressive sports.

THE THREE QUESTIONS TO ASK

The "cares" of society and culture are constantly moving, shifting, and evolving into ways we don't always get on the surface, but that's precisely why we need to pursue them further to see what they reveal about us and our world. But how can we find these cares? By starting with these three basic questions:

Buried in those answers is a rich and robust kernel of care idea that is worth exhuming and examining in more detail, particularly as it relates to what your core customers care about as well. Focus your attention in this direction, even if it goes against the prevailing winds of your industry.

The actors staying in the limelight are evolving their cares, and your brand should be too.

The "cares" of society and culture are constantly shifting and evolving in ways that aren't always that obvious.