February 2018
A Bridge Of Opportunity

September 2019
We Convene Is Not Just A Slogan

May 2019
Navigating The New World of Grocery 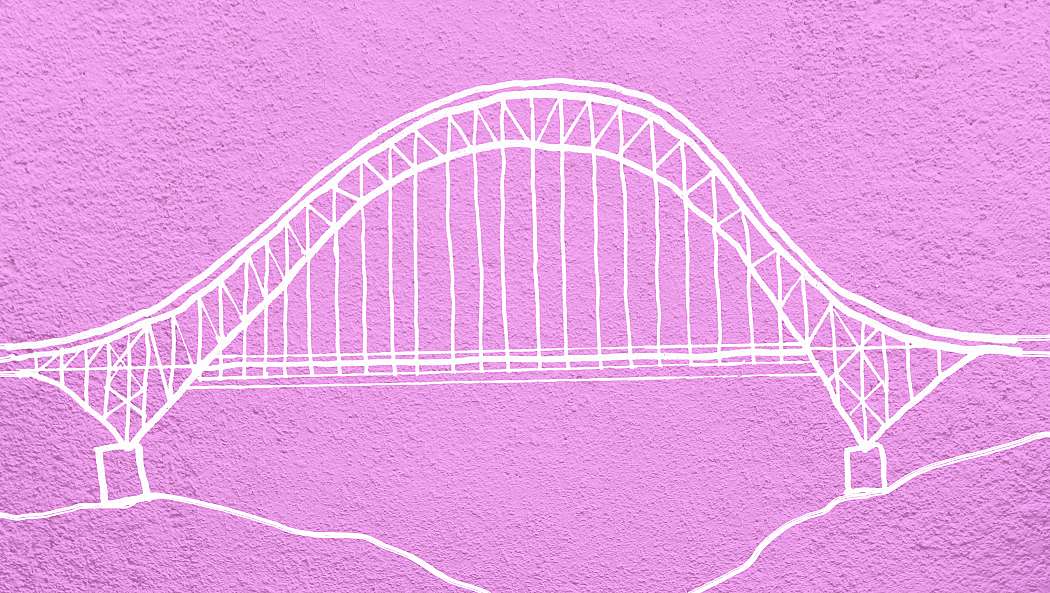 This is the third in a series of posts exploring Women In Design. As supporters of and believers in gender equality, Shook Kelley asked a couple team members to share their perspectives and experiences working as women in the design industry. This third post is written by Athenas Lopez-Salinas, who shares her personal point-of-view of choosing a career in the architecture industry and offers insights into the challenges, progress and opportunities in design.

I’m now in my fourth year as an architect. But for me, becoming an architect was never a clear pathway. There were no specific women who inspired my choice of design as a career. Since I was young, I was always sketching and drawing, which is a form of design. But I never really thought of that as architectural or design-related.

I was born in Mexico and came to Los Angeles when I was very young. LA is where I grew up. My parents divorced and my mom raised me. She’s a union organizer for janitors, but growing up she had so many different jobs: janitor, secretary, cleaning houses, sales, she even had a retail spot at a swap-meet at one point. My dad is a locksmith and a DJ, but he also worked many different jobs: taxi driver, janitor, gardener, sales person.

It might have been my grandpa, a retired engineer, who inspired my choice to become an architect. He would often talk about engineering and architecture, and how it impacted urban areas. And I was probably the one who listened to him the most. I assume he was hoping for my brothers or cousins to get into engineering, but that didn’t happen.

When family and old friends ask me, “What do you do for a living?” I see some shocked faces. I guess it’s not common to meet a female Mexican-American architect. Am I rare? I don't have a close family member in the US who took a similar path, so my career is at least unprecedented among my family. Back in Mexico, some of the men in my family have had professional careers: engineers, pilots, lawyers. They are all smart and well respected. But no architects. There are very few women in my family who pursued more than a minimum education.

As first-generation American, there is an extra effort which I call “working double.” Meaning, my parents didn't know much about American culture when they arrived in LA, so they were learning along with me. At home, everyone spoke Spanish. So they did not help much with homework, and no one corrected my English grammar. In a way, I worked double time trying to catch up to everyone else.

In our household, working was always considered the most important thing, and the goal of school was finishing the minimum level in order to then get a job. (In the US, of course, the government actually punishes parents if kids aren’t enrolled in school, unlike in Mexico, which was news to my parents!) But early on, I decided to do things differently, because I wanted to pursue a career that I have passion for.

On top of these challenges, I also had—and continue to have—family members who remind me that I should be starting a family. In their eyes, I am a disappointment because I am not already married with children. Traditional thinking reminds women that there’s an age window to pursue a family. But I’m not so sure I’ve passed my window of opportunity. In any case, right now I’m trying to break that chain and enjoy my youth, by traveling and focusing on my career. So I’ve had to put myself in positions where I can avoid those who don’t want me choosing this career.

Eventually, after careful and personal reflection, I decided I would send myself to University. No one in my family expected it. Los Angeles City College is where I found architecture. From the moment I saw the studio, my eyes glittered. I knew I had discovered the major for me. Later I transferred to Woodbury University where I focused on architecture as a career. I learned a lot at Woodbury, but I also learned that there aren’t many female Mexican-American architects out there.

This has led me to look for mentors that are happy professionals, women who have carved out a good position and owned it. In the end, I think it’s an honor to be different. I’m making my own mistakes and can hopefully learn to teach the next generation. And yet, I always look forward to learning about women in design.

Generally speaking, there is not enough discussion or recognition of women in the history of Architecture and Design. Historically, women have been pushed aside and not given much credit for their work and contributions. One example is Denise Scott Brown. In 1991, her design partner, Robert Venturi, who also happened to be her husband, was named sole winner of the field’s top award for lifetime achievement, the Pritzker Architecture Prize. Denise stood strong and did not attend the ceremony in protest and has spoken out many times about discrimination within the profession at various events. In 2013, the group Women in Design gathered for a petition for joint recognition of the 1991 Pritzker Architecture Prize. Robert Venturi supported her this time around. Even though unsuccessful, these protests sparked a deeper strength among the new generation of women in architecture.

A current architect role model for me is Jeanne Gang, who has demonstrated that she can lead her team, Studio Gang Architects, through extraordinary projects. Back in 2013, I had the privilege to hear one of her lectures. Before Jeanne, I had never heard a female architect speak so beautifully about engineering elements, structures and urban space. Wow, I was inspired! Jeanne showed tremendous passion towards her work and the positive impacts she seeks for local communities. In 2016, Jeanne was named Architect of the Year by Architectural Review, showing progress in recognizing women in architecture.

In my relatively brief architecture career, I haven't experienced many instances of discrimination as a woman, at least not explicitly. However, at a previous office, I recognized that I was being treated differently than the men there, who were often praised and encouraged for similar work. At one point, I asked my old-school male boss, how many female classmates were in your graduating class back in the 1950s? He could maybe recall 2 or 3 females, he said, before mumbling about how they used to make fun of “them gals” for trying to work in a man’s world. Even though this was his experience from half a century ago, I think it revealed a lot about him and why he treated me differently. When he did have time to engage with others, all he wanted to do was talk about sports. At first I would listen, act polite of course. But when I would request to go to construction sites, he would always say, “No, you’re not ready!” His own staff recognized my frustration and eventually helped me move on. They knew I would never have the opportunity to grow in that environment.

Shook Kelley is a modern firm. There is a sense of a studio culture here, and I’m surrounded by professionals (Period!). I’m constantly being challenged to be the best professional architect I can be. That’s how we get evaluated. In addition to learning the professional side, I also have a variety of experienced role models. I can observe how, for example, some female architects balance being a wife and/or mother while also leading architectural projects. If they can do this, I can, too. The diversity of our team exposes us to a wide range of experiences and expertise, and that’s something architectural projects thrive on.

There is a broader trend in society today towards greater acceptance of diverse groups of people and identities. We are moving towards greater acceptance of independent women, and a lot of people are changing their expectations about the role of women. In turn, women are no longer hiding or staying quiet about what they want from their careers. History has demonstrated that when women don't speak about their needs or wants the result is often miscommunication and distrust. Staying quiet may have made sense in the past, but now we need to shift towards being more vocal or risk that our silence may hold back women in architecture. Many women are moving forward with more pride than ever. Not everyone out there accepts these new opportunities for women in the same way, but many are moving in this direction. And I am certainly taking advantage of these opening doors.

Despite all the challenges and setbacks, I think right now is a great time for women in architecture and design. Many of my female colleagues in architecture also have females leading their firms and/or leading projects. Today, we’re seeing doors slowly opening for anyone with passion and determination, regardless of gender or ethnicity. I believe things are changing because many of our current design leaders have more empathy, are willing to offer support and demonstrate understanding towards the new generation. Many before me have faced more discrimination than I have, and that gives me the strength not to give up, to make them proud and to show doubters that women do have what it takes to be successful architects and designers.

Today, we’re seeing doors slowly opening for anyone with passion and determination, regardless of gender or ethnicity.